A general view of a community of villas in Dubai.

The UAE’s policies in the face of the pandemic, including the allocation of $ 32 billion to overcome the fallout, have had a significant impact on the strong growth of the real estate sector.


This was revealed by Walid Al Zarooni, President of W Capital Real Estate Brokerage, during a press briefing in Dubai, adding that the brokerage industry has a leading role in resuming sales in Dubai’s real estate sector. as the impact of the COVID-19 pandemic resumes. He pointed out that Dubai real estate sales are heading for the best annual performance on record in 2021, which reflects the efforts of all parts of the sector, namely the regulators represented in the Dubai Land and Property Authority. , as well as real estate developers and brokers.


Al Zarooni believes the real estate brokerage industry is at a golden hour amid the recovery in demand, and the market is showing signs of a long-term rise in the price index, which has topped 12 % on an annual basis in November 2021, while the villa prices have increased by over 30%. The improvement of all market factors and the unprecedented support of the government, both of the legislation governing the ownership and sale of real estate in Dubai, as well as the decisions to grant citizenship and residency long and medium term, have all contributed to strong demand for the purchase of real estate units and investments in real estate projects in Dubai.


Al Zarooni pointed out that the dynamics of investing in the real estate sector prompts many UAE nationals to enter the real estate brokerage industry or learn the basics of the market so that they can buy and sell and take advantage of the opportunities of investment offered by the sector. This was created by what is called the “national broker”.


On the other hand, Al Zarooni said that Dubai Expo 2020 has helped promote Dubai as the best city in the world for financial, business and real estate investments in the post COVID-19 era, while the stimulus plans government, financial and legislative roles have played vital roles in strengthening this image.


“The impact of Expo 2020 on the economy as a whole goes beyond the 6-month period of its activities,” Al Zarooni confirmed. Since the announcement of its chance in 2013, the government has spent billions to develop infrastructure and put in place equipment and preparations to organize this global event, which has resulted in increasing the attractiveness of Dubai real estate, making the emirate one of the best places. work and a dream for many people around the world to live, ”he said.


Asked about market trends and the chances of prices continuing to rise, Al Zarouni said: “Market conditions show that continued growth over the next five years is certain. The exhaustion of supply, the impending market equilibrium and growth in demand are all helping to keep prices high, so anyone interested in investing in real estate should invest now, and a delay will be a waste of time. gains because the profits that could have been earned as the value of the assets will increase. 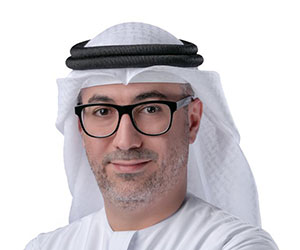 “My role model and my first inspiration in work and life is His Highness Sheikh Mohammed Bin Rashid Al Maktoum, Vice President and Prime Minister of the United Arab Emirates and Ruler of Dubai,” said Al Zarooni. “I realize with His Highness every day a new thing that motivates me to make more efforts to give daily, great ambitions and achieve the impossible,” he added. “I think I am trying to get my professional experience from the experience of Dubai, which has managed to become a leader in the field of business, and the center of the attention of the world with its experience in attracting global investments, ”he concluded.


The president of W capital believes that one of the reasons for this success is due to the boom in the real estate sector in Dubai in particular and the United Arab Emirates in general. There have been significant leaps in the industry, the most important of which are the legislative structure and the laws and regulations that direct the work of developers and brokers.


“I don’t forget that when I decided to start my own project in 2007, I received all the support from the Mohammed Bin Rashid Fund for SMEs, which provided the support that ensured the success,” said Al Zarooni. “Joining the Fund has helped me deal with government and private institutions, and I have gained help and support from financial institutions and government,” he added.


The “W Capital” real estate brokerage started around 15 years ago and benefited from the construction boom in Dubai. Their growth was linked to the expansion of the real estate sector in the emirate.


Al Zarooni pointed out that the significant growth of Dubai’s economy has affected the recovery of the construction sector, both from contractors and real estate developers, as well as brokers and support services.


The president of “W Capital” revealed that the total of real estate marketed by the company to major developers since its creation exceeded 1.2 billion Dhs. He pointed out that despite the growth achieved by the company, it still has great opportunities for expansion in the years to come thanks to the Dubai 2040 Urban Master Plan and the incentives provided by the Dubai government to support all economic sectors. , including real estate.


He said 80% of W Capital’s clients are UAE nationals, 15% are Gulf clients and 5% are other nationalities. The good relationship with real estate developers who exceed 50 companies, has played a role in obtaining exceptional prices for clients, including developer portfolios. The list of developers who deal with W capital includes “Emaar Properties”, “Binghatti Developers”, “MAG” and “Diyar”, to name a few.


Al Zarooni indicated that W Capital believes in national brokers and their role. Therefore, the company launched the “Real Estate Broker” program, which provided training opportunities for Emirati citizens in the real estate brokerage sector, in cooperation with the Dubai Administrative and Real Estate Academy. This partnership is the first of its kind in the United Arab Emirates and the Middle East. He noted that the program provided more than 140 training opportunities for UAE nationals in the real estate brokerage industry through the Academy of Administration and Real Estate, and that it was stipulated that the intern had to be a UAE national with a high school diploma.